New single from LUCY IN BLUE

With their soaring guitar solos elaborate grooves, delicate chord movements and intense build-ups combined with ethereal harmonies, Icelandic Psychedelic Prog Rockers LUCY IN BLUE have been taking their countrymen by storm.  And, as of the 12th April, a wider audience will get to hear these stunning young musicians, because that’s when Karisma Records will release “In Flight”, the band’s sophomore full-length album.

In the meantime, the label has released a second single from the album, allowing fans a taste of what’s to come.  The single is the title track “In Flight”, and it can be streamed or downloaded at https://orcd.co/inflight

“In Flight”, an album that deals both with the whole spectrum of human emotions as well as more political themes, will be available in in CD, Digital and Limited Edition transparent turquoise vinyl  formats, and can be pre-ordered now from:

On the 14th April, LUCY IN BLUE’s Arnaldur Ingi Jónsson on Keyboards and vocals, Kolbeinn Þórsson on Drums, Matthías Hlífar Mogensen on  Bass and vocals, and Steinþór Bjarni Gíslason on guitar will be live on stage for the band’s appearance at the  Roadburn Festival in Tilburg, Netherlands.

The track “Prickers’ Groove”  from LUCY IN BLUE’s self-titled debut album can be heard here.

About Lucy in Blue: 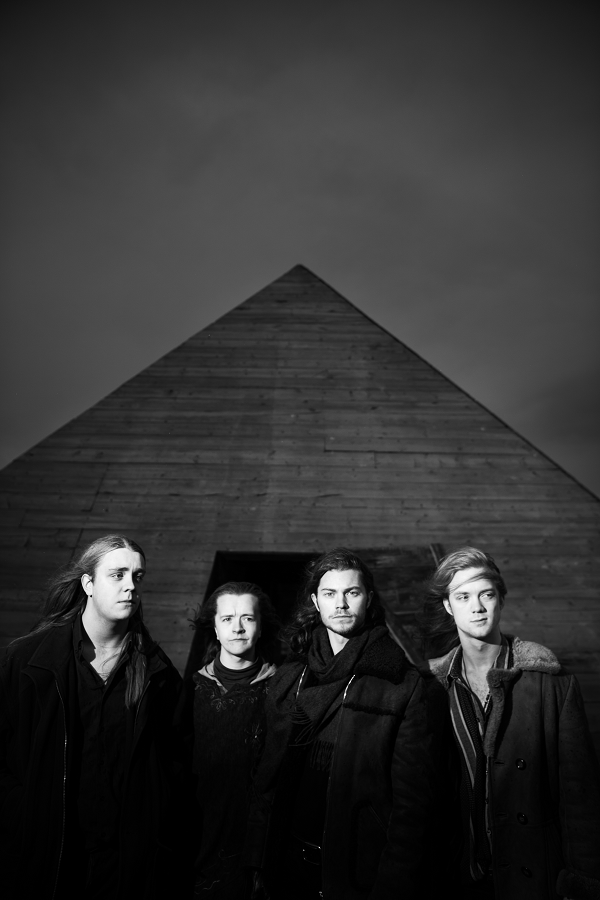