On the night of February 9th a portal between our world and many other unearthly and spiritual realms was opened by Ritos Nocturnos. Its location: Hard Club, Porto, at 21:00. This sold out night, was all about music, rituals, specters, frightening growls, mantras and evil spirits.

The first moments of this night were immersed in suspended clouds of smoke and soaked in redish lights. While the public was timidly arriving, Svart Crown’s performance created the perfect dark and heavy atmosphere that would pave what was to come. And so the crowds started to approach and filling the empty spaces, along with the brutal beats of Svart Crown’s blackened death metal. The group ripped the silence apart with a massive drumming, technical riffs, and had an extremely energetic performance (their first one in Porto). They brought some of their most well-known songs like “Profane” and “In Utero: A place of hatred and threat” that were followed by “Transsubstantiation”. This is one of the most original and magnetic tracks from their most recent work “Abreaction”, with which they added doom and tribal influences to their sonority. A big surprise for many of those not yet acquainted with the band, no one could resist to bang their heads to the rhythm of this profane and heretic sound. 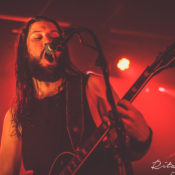 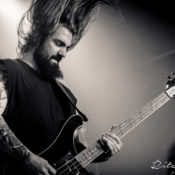 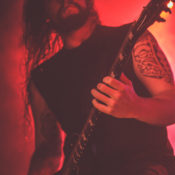 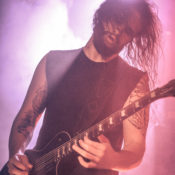 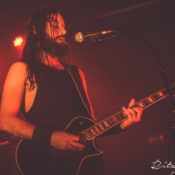 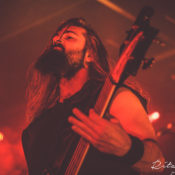 Carach Angren got in scene with the eerie and fairy-tale-like “Intro” of “Dance and Laugh Amongst the Rotten” and the projection of ghostly specters. The crowd was trilled and immediately knew what would happen next: Charlie was to be released. And so he was. Carach Angren’s show was haunted not only by Charlie but by many other demons, evil spirits and awfully tragic tales like the one they told us in “When crows tick on windows”.

Just as expected, in this show the group matched perfectly their so characteristic theatricality with the storytelling of their music. Maybe there were even moments when we felt like little children listening to an older person telling horror stories and guessing what would happen next. But the audience already knew and anticipated all of those stories: the sing along was omnipresent and bold! Seregor constantly marched around on the stage, gesticulating while singing songs like “Pitch Black Box”, “Charles Francis Coghlan” and, to finish, “Bloodstains on the captain’s log”. There were even moments when he came near to the audience just to show a fearful expression that would emphasize his stories. To intensify this atmosphere and their dramatic quality, the group also explores deeply well the impact of visual aesthetics, wearing not only corpse paint, but also accessories like masks and crowns. 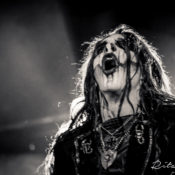 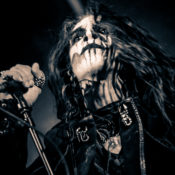 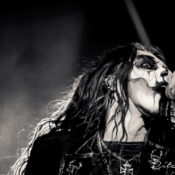 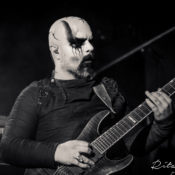 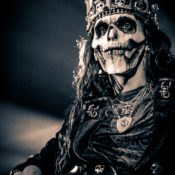 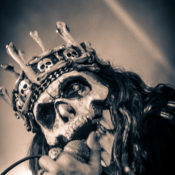 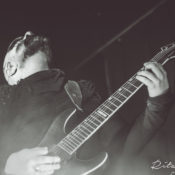 When we thought things couldn’t get better or darker and that Carach Angren’s bombastic performance couldn’t be matched, Rotting Christ made the room tremble just a few seconds after stepping onto the stage. We could even feel the floor shaking beneath our feet and the absence of typical black metal corpse paint didn’t relieve the somber and tense atmosphere that had been deployed. Even after 30 years on the road, these hellenic black metal veterans still gift us with very powerful and sincere musical performances. And so we were saluted by Rotting Christ with a “Boa Noite Porto” (“Good Night Porto”) in a perfect Portuguese, to the sound of “Devadevam”.

Rotting Christ struck like thunder and no one was indifferent to the sound of their black metal and epic performance. Screeching growls, dense and threatening riffs, massive drumming and mantras suddenly filled the room with great songs like “Elthe Kyrie”, “Apage Satana”, “In Yumen-Xibalba” and “666”. Just as one could expect, the atmosphere was ritualistic and created a collective trance: all of the audience was moving, banging their heads, raising their arms and cheering the group. Sakis Tolis was tireless and genuine, and was constantly encouraging the audience to live the music: not only their own, but to really live and love Music. The same can be told about the rest of the group, especially George Emmanuel, which along with Sakis teased the audience to create massive circle pits that were almost as big as the room!

In short, it was a wonderful and magical evening, where all the bands gave intense performances. In the end, the audience left the room satisfied and still trying to fully understand the grandiosity of the shows they witnessed. Until next time! 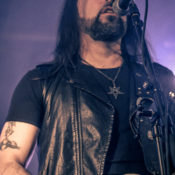 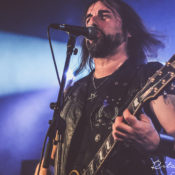 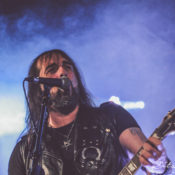 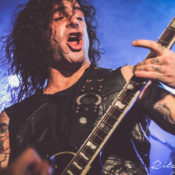 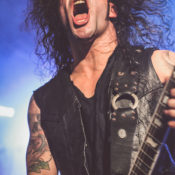 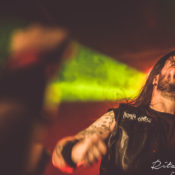 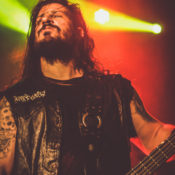 Special thanks to: Ritos Nocturnos