After seven years of relative silence, FROSTMOON ECLIPSE guitarist CLAUDIO ALCARA is preparing to release a new album from his  solo dark folk/acoustic project STROSZEK. Titled “About All the Bad Days in the World”, the album is expected to hit the streets in late 2019 on Hypnotic Dirge Records, who describe the album as follows:

STROSZEK is a project bringing forth various elements of neo-folk, goth rock, trip-hop and western music blending together seemingly irreconcilable sounds to craft something that is all about feeling and introspection. Contemplation, melancholy, and stories about life are at the forefront of the vibe in STROSZEK’s music. “About All The Bad Days In The World” is an evolution in STROSZEK’s sound, keeping the same aura, but also throwing in some new elements that may surprise old listeners.

In the meantime, Alcara has given us a taste of what to expect from STROSZEK’s fourth full-length album with the release of a video for the track “The Beast Who Dreams of Man”.  Written by Luca Olivieri and directed by Sara Battolla, the video stars Lorenzo De Carlo.

Whilst probably best known for his work as guitarist for FROSTMOON ECLIPSE, one of Italy’s longest-established Black Metal bands,  STROSZEK is a much more introspective vehicle in which Alcara also takes the lead on vocals, inviting the listener on an intimate journey through his life, replacing the distinctive heavy riffs with a much more haunting style, which a guitarist of his calibre is able to do with consummate ease.

Although Alcara may have not been active in the studio with STROSZEK for an extended period, he has been performing his acoustic live sets and making guest appearances regularly, including four editions of the TOWNES VAN ZAND Tribute Festival, and a couple of times at the Tera Salvaria Fest, which is held by torchlight in the Ladin forests. He has opened twice for 40 WATT SUN during their Italian tour, as well as for HUGO RACE, MATT ELLIOT, MARK SULTAN and DAGGER MOTH, amongst others,  and has appeared with friends such as RICHARD LINDGREN and BOCEPHUS KING. 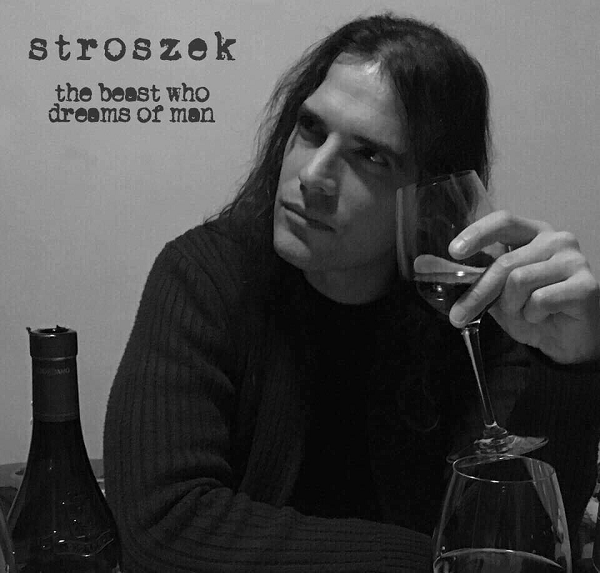 About All the Bad Days in the Worldfeaturedhypnotic dirge recordsStroszek