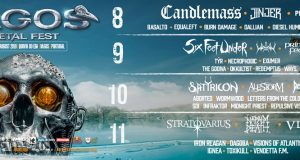 The Vagos Metal Fest is returning in 2019 once again! More than 30 bands will pass by the stage of the festival that takes place from 8th to th 11th of August at Quinta do Ega, Vagos. This year the festival brings you big names like Satyricon, Six Feet Under (a group founded in 1993 [...] 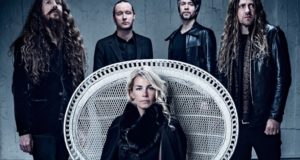 “Hurricanes And Halos” will be released on May 26th via Nuclear Blast Records. Swedish doom Avatarium will deliver their third studio album “Hurricanes And Halos” on May 26th. The Swedes unveiled their fourth and final studio trailer. Watch singer Jennie-Ann and guitarist Marcus discussing the timelessness of music, and hear some memorable riffs from the new album: [...]

Karmøygeddon team organizes several club concerts and two festivals per year: Karmøygeddon (April) and Karmøygeddon Arctic (October) Karmøygeddon Metal Festival 2016 will be held on April 28-30 in Kopervik, Norway. With a pretty luxurious lineup, there is no surprise that organizers already announced that the tickets sales for the festival already surpassed the previous editions. [...]

SWR Barroselas – Immortal, Candlemass and many other bands confirmed! 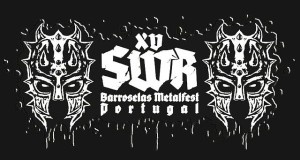 December 23, 2011 Filipe Gomes News Comments Off on SWR Barroselas – Immortal, Candlemass and many other bands confirmed!