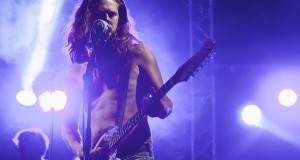 Back to the small and picturesque village of Valada for the second edition of Reverence Festival. One year has passed since the debut but the same vibrations anticipated the weekend. More than 70 performances, with a majority of international acts keeping company to some of the best rock produced in Portuguese lands. Day 1# The [...]