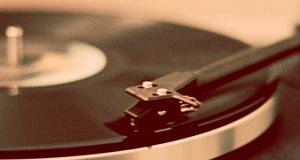 With the year of 2018 coming to an end, it is time to choose the best releases of the year. Like in previous years, we will be publishing our staff’s choices daily as well as a final Top 20 for the zine of the best albums that were released in 2018. Here are the choices [...]

It’s that time of the year again! Since 2018 is coming to an end really soon, it’s about time for our staff to publish their lists regarding the best albums for the year. Like the years before, the amount of quality releases was immense, so it’s not always an easy choice, and eventually some releases [...]

On the 3rd of December 2018, six years to the day after the apocalypse, Svartidauði will unleash their long awaited sophomore full length “Revelations of the Red Sword” upon the ashes of civilization. In the meantime, the band has released another single, this time “Wolves Of A Red Sun”. You can listen to it below. [...] 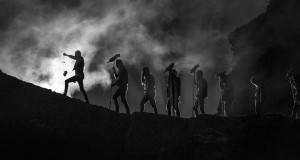 Icelandic newspaper The Reykjavík Grapevine has issued an extended article covering the surpringly influent local Black metal scene. In a piece entitled “Welcome To The Circle – Meet The Men Behind Iceland’s Thriving Black Metal Scene”, several testimonies from the guys that are shaping new faces in the contemporary extreme musical panorama. Interviews with bands such as [...]

The small city of Speyer, in western Germany hosted one of the darkest band bills of recent years. Underground and dedicated performers, allied with convict and extreme headbangers erected an event forged in three words: Obscurantism, Satanism and Death. The organisers, known by more than a dozen of prior extreme underground events (under the name [...]

Icelandic obscure black metalers SVARTIDAUDI have recently revealed some news about their forthcoming work, to be entitled “The Synthesis of Whore and Beast “, has shown in the band’s announcement in their Facebook page: Transmission: Vibrating from the centre of a dead sun and manifested in the terrible shadow cast by the sect’s debut offering, [...]