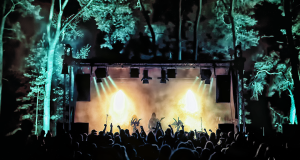 Back at Bornicke woods for another edition of the mature UNDER THE BLACK SUN FESTIVAL. This year the organisers planned the largest band bill version of the festival history, joining also some none black metal bands. 25 acts from 16 different countries that were embraced by the black feelings of hundreds of headbangers, proving once [...]