Watain to release a DVD 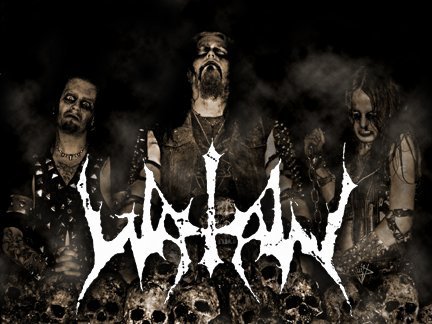 In celebration of their 13th anniversary, Swedish black metallers Watain are set to release their first film.

“Opus Diaboli” will be the first live DVD from the Swedes and will see the light of day on May 7th, via their own label His Master’s Noise,a name that Bathory mainman Quorthon toyed with for his own label in th 1980s. The 90 minute DVD captures the ceremonial concert in Stockholm as well as the the long years of physical, intellectual and spiritual work that lead up to it.

“This movie was first meant to be the recording of our 13 Year Anniversary concert, but as everything with Watain it took on a life on it’s own and became one of our most ambitious projects to date. It is a very personal and emotional piece of work and certainly not for the faint at heart. But for those who wish to explore the glimmering abyss of Watain further, this will be a rewarding release for sure.

Apart from the movie, we are also very proud of the photobook that comes with the box set. It was an overwhelming experience going through the massive archives in search of the photos that best summed up the storm of passionate turmoil that has been our journey, specially since we wanted to stay away from live photos and focus more on moments off stage. The result was however very satisfying, a rare and spicy mixture of photos of which most have never been published before.”

As if that wasn’t good enough, there’ll be two versions available. One featuring the DVD and two bonus CDs, containing the entire 13th anniversary concert. And in true Watain style, the second will be much more extravagant, containing a limited vinyl box including the DVD, two CDs and two LPs both containing the live recording and a photobook capturing the band’s history, through old flyers and never before seen photos.