Iconic, American, technical death metallers, ORIGIN, will release their anniversary album “Abiogenesis – A Coming Into Existence” on May 3rd worldwide via Agonia Records. Revisit the Origins of ORIGIN with the new single “Mind Asylum”: the pre-ORIGIN era, never-before released track! The single is available below and comes with a video made by David Hall:

Abiogenesis is the process by which the origin of life has arisen from non-living matter. The details of this process are still a path unknown, the transition from non-living to a living entity was not a single event, but a gradual process of increasing complexity. This process is what ORIGIN‘s new album is all about.

“Abiogenesis – A Coming Into Existence” can be described as the opening chapter in ORIGIN‘s musical journey and a prequel to the ORIGIN we know today. The album was recorded and recreated from the original 1991-1996 era that preceded ORIGIN‘s official formation. It features never-before released tracks, that laid foundations to one of America’s top death metal purveyors.

The tracks on “Abiogensis” were recreated to the best of his ability, by founding ORIGIN member & mastermind Paul Ryan, who recorded all instruments himself, between 2013 and 2018.

The twelve-track album includes eighth new (previously unreleased) tracks from the pre-ORIGIN period, spanning from the “Necrotomy” (1990-1991) to “Thee Abomination” (1992-1993) era of the band (the “Abiogenesis” part of the album). They’re followed by a remastered version of  ORIGIN‘s first ever EP from 1998 (and first ever death metal recording to use the “gravity blast” drumming technique) as a special bonus re-release for all ORIGIN fans & album collectors (“A Coming Into Existence” part). This EP was never available for worldwide release before.

“Over the years people have asked me how Origin just came to be as a band so ferocious virtually out of nowhere. This is a small summary of the Origins of Origin. Basically, I spent a lot of my youth at shows at the outhouse practicing garage grinding, basement blasting & shed shredding anywhere I️ could, composing as what my father would call ‘Infernal Racket’ as I was very passionate about death metal. That’s all I ever wanted to do. A lot of missed opportunities as we just couldn’t put it together into making a album (some music was meant to be underground), so these tracks are some of my earliest creations from the Necrotomy (1990-1991) & Thee Abomination (1992-1993) period”.

“This is by no means the current direction of the band Origin, but simply music that is the Origins of Origin. I did to the best of my ability to recreate the instrumentation of all the former members & the guys who I played this music with blended into each track (& yes there was a lot of editing!!!!). I’m officially retired from recording drums ever again!”.

Even though “Abiogenesis” presents Paul as a multi-instrumentalist, things weren’t like this back in the early 90’s:

“Thanks to these guys who helped me create these songs/style. I couldn’t have done this without you and Origin would have never been: Dean Jones, Drew Bray, Mark Manning, Jaime Serrano, Steve Bradley, Jerry Bradley, George Fluke, Clinton Appelhanz, Jeremy Turner, Judd Mason and Payam Pourmirza”– Paul adds.

The music on “Abiogenesis” was influenced (back in the day) by all the heaviest sounds of the 80s and 90s (that Metal Blade, Relativity, Earache, Combat, Roadrunner & Relapse records could offer), as well as bands from the local Kansas scene and neighboring states (inc. Excessive Strain, Psychosis, The Socio Pathetic‘s, Aehraid, Device Public Assassian, Nasferatu etc.). Paul elaborates:

“These Bands got very little recognition in the national spotlight but had a huge influence on me for their extremity & talent that I witnessed live. They pushed me to continue what I heard into my own music. I’d personally like to thank those who were there from the early days, those who have joined along my death metal soundtrack & those who are just discovering this music now!”.

The “Abiogenesis” album was written between 1990 and 1993 and recorded between 2013 and 2018. David Nollac took care of the tracking at Hyde Street Studios in San Francisco (Ca), with final mix and master done by long-time ORIGIN collaborator, Robert Rebeck. The latter remastered “A Coming Into Existence” bonus EP in 2018, for the needs of this release. The bonus EP was originally recorded and mixed at Mercy Studios in Lawrence (Kansas) by said Robert Rebeck, back in 1998. The “Abiogenesis” cover artwork features a photo of the “Pillars of Creation” from the new advanced Hubble space telescope. 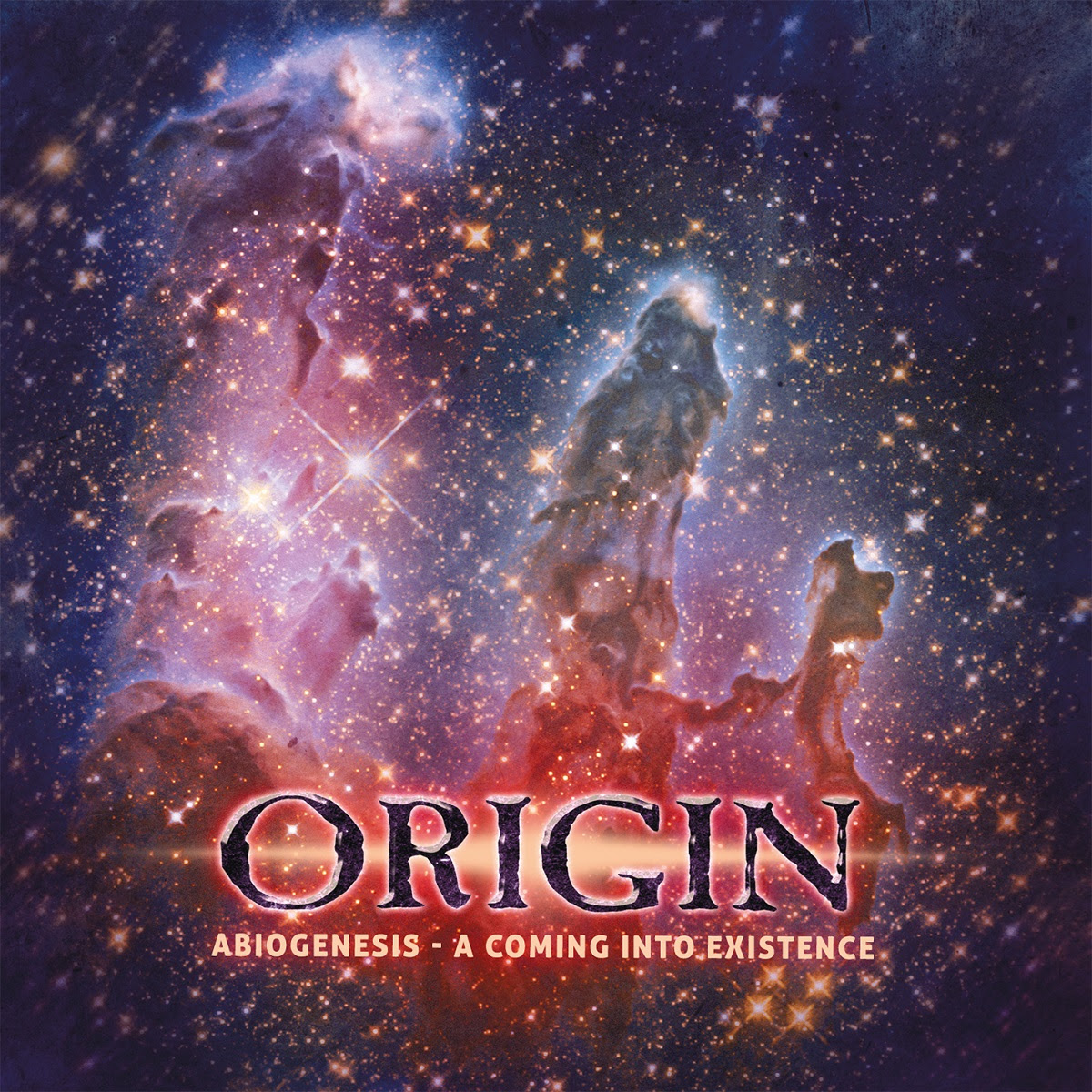 “A Coming Into Existence” 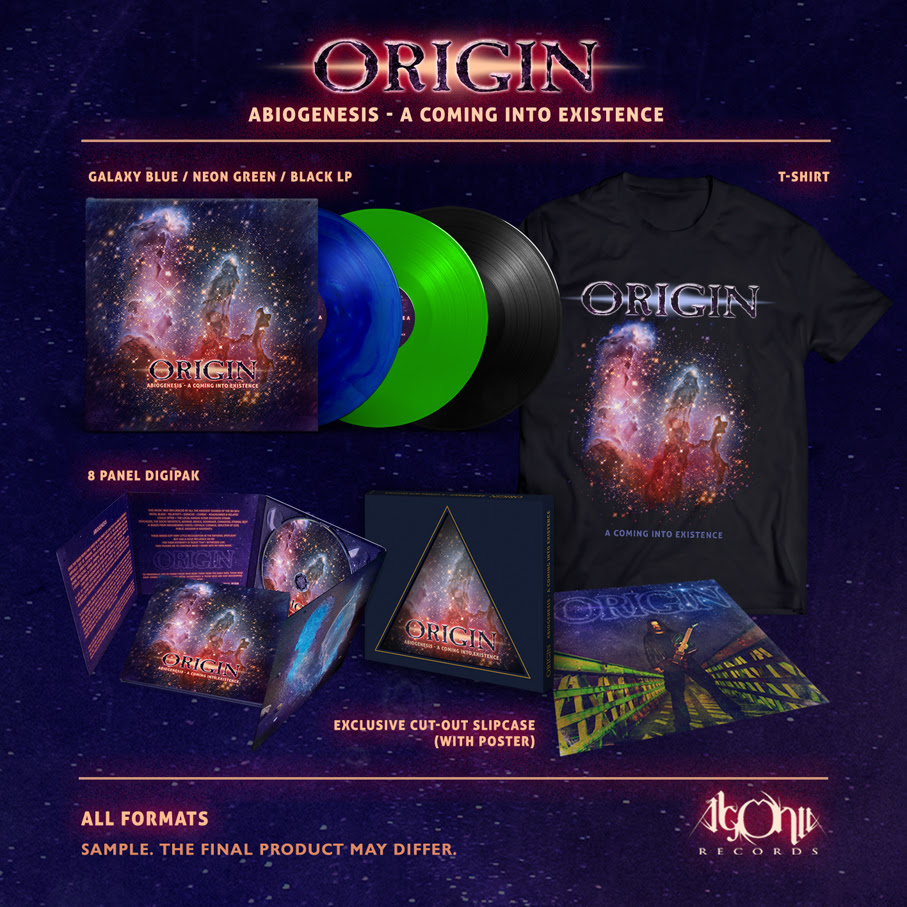 Formed in Kansas (North America) in 1997, ORIGIN is one of the top, most intense and most brutal technical death metal forces to be reckoned with. For more than 20 years, the band have engaged a full-blown sensory assault of tight, taut, and technical death metal, amplified by flashes of grindcore and groove. This led them to over 100 tours in North America, but also to Europe, Asia, New Zealand and Australia. Last year alone, ORIGIN embarked on a Japanese tour with The Crown, North American tour with Morbid Angel, and European tour with Rings Of Saturn. Their last studio album “Unpraralleled Universe” came out in 2017 to critical acclaim and reached the Top 10 of the Billboard Heatseekers Chart. 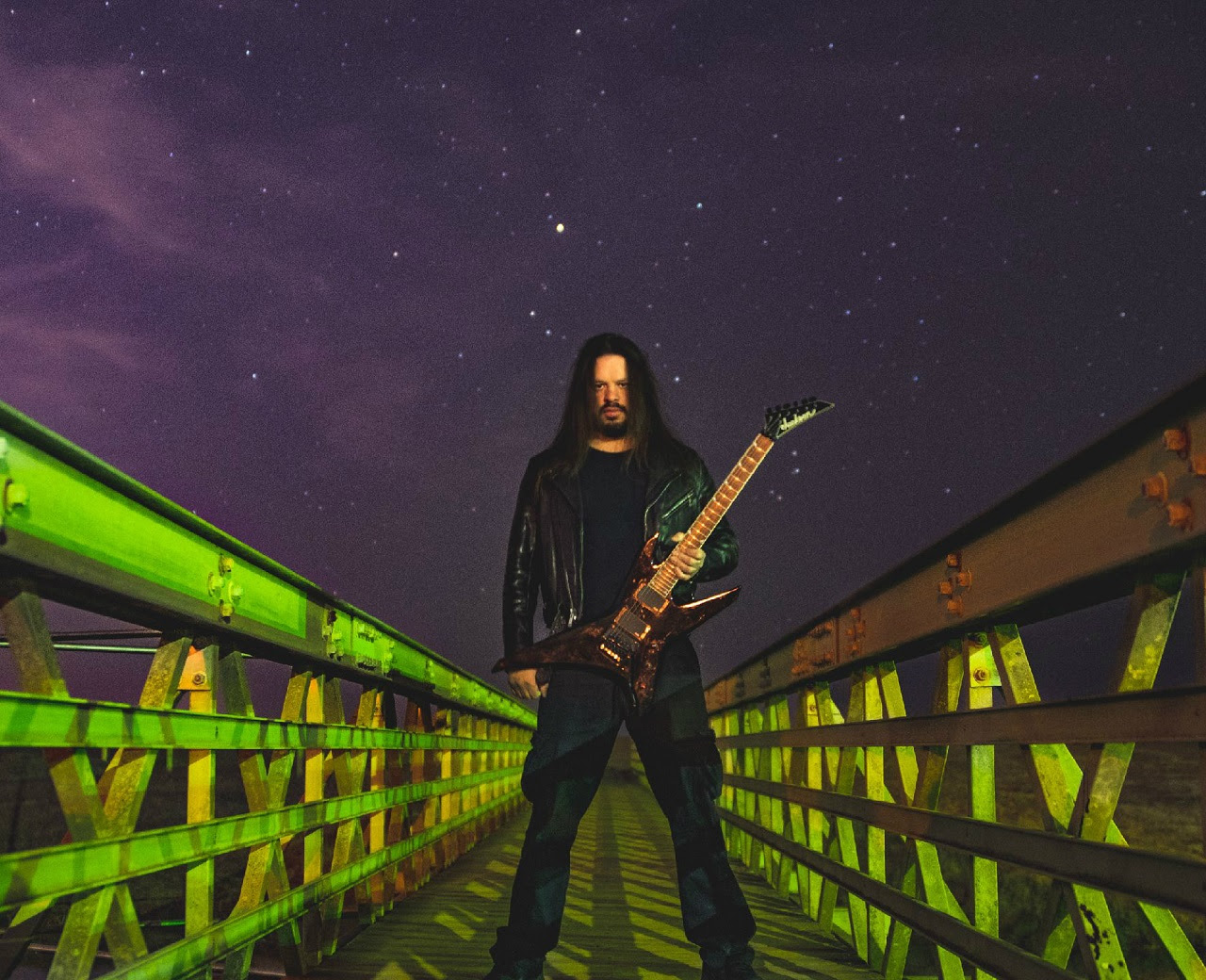